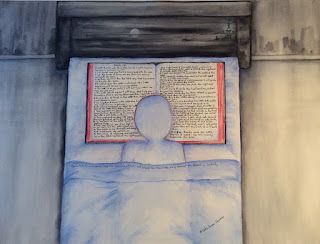 
Studying 1 Samuel 13 yesterday reveals a countdown to a major change of leadership.
King Saul is in command over Israel.
1 year reign
2 year reign

And so we begin the countdown...
Saul, a leader and King is given specific instructions and his character soon manifests in negative ways.
Regardless of Saul's less than stellar character traits, God chose him above others. 1 Samuel 9-10.
We are chosen leaders who must lead well.
If we are willing to listen and learn, God is longing to teach you and lead you.
Your leadership can be a positive life changing role in the world today,an example that could stand throughout generations.

Saul was anointed and prepared before his role of leadership was required of him publicly.
You can read about this at 1 Samuel, chapters 9-10.

After ruling over Israel two years, King Saul chose three thousand men. He kept two thousand men with him in Michmash and in mount Bethel and one thousand men in Gibeah of Benjamin with his son Jonathan. The rest of the people he sent every man to his tent.

The three thousand men were two to one in number under each man. The labor was divided so to speak.
Jonathan appears to have been a loyal son and beloved friend as you read about him in the Old Testament.

But his dad, Saul...well not so much.
Saul was jealous, petty, a thief of other men's accomplishments. Loyalty appears to be a non existent character quality.
In verses 3 and 4, scripture states that Jonathan smote the garrison of the Philistines in Geba, and the Philistines heard of it.
Saul announces that all the Hebrews needed to hear that he (Saul) had smitten a garrison and the Philistines were stirred to battle. And the people were called together after Saul to  Gilgal.

*Note: Saul took credit for Jonathan and his men's accomplishment. It is a serious thing to take credit for another persons labor. Do not do it.

This lack of integrity and fear based leadership causes the rest of Israel to be in distress and panic.
(1 Samuel 13:5-7)
A nation or organization without proper leadership will see verse 6 manifested amongst their ranks.

* When the men of Israel saw that they were in a strait, (for the people were distressed,) then the people did hide themselves in caves, and in thickets, and in rocks, and in high places, and in pits.
And some of the Hebrews went over Jordan to the land of Gad and Gilead. As for Saul he was yet in Gilgal, and all the people followed him trembling.

If and when you blow a trumpet..BE PREPARED to lead and lead well from the front lines.
Disobedience causes fear to manifest.

Throughout Saul's reign he is given many opportunities to step up in obedience, yet each opportunity is met with rebellious resistance to the sorrow of his companions and a nation.
**DO NOT be this type of Leader.

Saul was not only disobedient in his own leadership role, but he also usurped another's role and calling. He stepped into the role of Samuel the Prophet and offered burnt offerings to the LORD.
This was his final undoing in leadership.  The cost was his kingdom and another was given his position.
**Note that Saul blamed fear and lack of peer support for his disobedience.
Read 1 Samuel 13:8-12.

* There is a season and a time for all things under the sun. Yet..each moment is a time to obey God.
* Do not allow a delay to cause you to disobey.
* Stay in step with God's timing. He is never late.
* When popularity ceases...
* Wait upon the LORD.
* Stand obediently, until told to move.

1 Samuel 13:13-14 And Samuel said to Saul, Thou hast done foolishly: thou hast not kept the commandment of the LORD thy God, which he commanded thee: for now would the LORD have established thy kingdom upon Israel forever.
But now thy kingdom shall not continue: for the LORD hath sought him a man after his own heart, and the LORD hath commanded him to be captain over his people, because thou hast not kept that which the LORD commanded thee.
Saul's actions and failure to listen and obey caused the blessing to pass from him to another.

* If you click on the art parable painting title you will be redirected to its website for more information about the painting.
All writing, poetry, posts, art, and photography, copyright © 2016 Debbie Turner Chavers. Protected by US and International copyright laws. All Rights Reserved. Scripture references taken from the King James Version bible which can be accessed online at http://biblegateway.com
Click on these links http://artparables.com or http://debbieturnerchavers.com
Posted by Debbie Turner Chavers at 10:42 AM

Other Blogs by Debbie Turner Chavers

Art, images, and written content copyright © 1988-2020 Debbie Turner Chavers, is protected by U.S.A. and International copyright laws.
Also known as Debbie Chavers, D.T. Chavers, DtC and Debbie T. Chavers.
All art work whether sold, donated, or displayed is the sole property of Debbie Turner Chavers who retains all copyrights and licensing rights of all her work no matter what medium it is applied to or upon.

*The purchase of any product does not provide the purchaser with any copyright interest or other intellectual property right in the product. All rights reserved.